A Monastery for Your Pocket 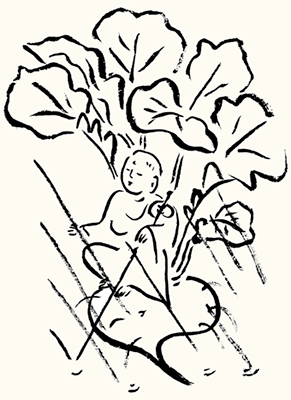 This completely free meditation app offered by The Centre for Applied Ethics has been downloaded by more than 500,000 people and offers an opportunity to experience a range of teachings from renowned Zen Master Thich Nhat Hanh and his Plum Village monastic community directly from an Apple or Android smartphone.

We even have a web version of the app, and two browser addons (for Chrome and Firefox) to help us maintain the insight of interbeing throughout the day by showing one of Thay’s calligraphy in every new tab.

As a visionary and forward-thinking Buddhist teacher, Thich Nhat Hanh had envisaged an “Online Monastery”, where people could get the feel of practicing mindfulness in a Plum Village practice center anywhere via their computer.

We are trying to realise part of this vision through the Plum Village App. Unlike the hugely popular meditation apps out there, it allows people to experience mindfulness in a Buddhist tradition.

Thich Nhat Hanh and his Plum Village monastic community have reached hundreds of thousands of people through books and retreats around the world: now there is a chance to learn directly from the renowned Zen Master via the app.

The app offers many guided meditations and more traditional practices such as chanting from monks and nuns.

Anyone who has visited a Plum Village center will know that Thich Nhat Hanh encourages the use of practice songs as ways to bring joy and fun to deep Buddhist teachings and these are available on the app.

There are hundreds of answers from the Zen Master to questions that students have asked him directly and a range of teachings including how to embrace difficult feelings and emotions.

Meditation and mindfulness should be as accessible, loving and easy as this app. My life has become ever so peaceful and loving from practising the beautiful meditations, contemplations and all on this app. I’m forever grateful it arrived on my path. Thank you.

Some of the audio has been recorded on retreats so is not a polished studio-quality sound, but instead, the feeling is much more spontaneous and alive, the closest you can get to a direct transmission from a world renowned Buddhist Zen Master.

The app also allows people to set a mindfulness bell as a regular reminder to return to their breathing, something Thich Hanh Hanh has encouraged his students to do.

The app is offered completely free by the Centre for Applied Ethics Ltd., a non-profit organisation established in London. This has been made possible by the generosity of members of the Plum Village monastic and lay communities, who have dedicated much time and money in creating a gift for the world.

Since the launch of the project, along with user numbers and app features, our team also grew: we are happy to now have Cata and Maarten as project managers / UX practitioners, Raj and Justin as master developers, Elina and Anca lovingly managing communications, Yen, Karina and Beth helping with beautiful illustrations, Karim overviewing the editorial aspect, and Mayumi Oda inspiring us with her legendary mix of Buddhist feminist aesthetic though her beautiful artworks that you can see on the website.

As it’s been traditionally the case with Buddhist teachings for millennia, the app is offered freely and users can choose to donate if they value it and want to support it to continue and develop further.