We caught up with Plum Village App user and long-time community-builder Annie Mahon and spoke about mindfulness practice in challenging times, her daily rituals, and what mindfulness groups are like on Zoom!

We’re living through a time of many challenges; how do the Plum Village teachings help you to respond?

What I’ve heard him saying is that we should not take sides and we should be always fighting for justice or not allowing injustice to happen. And that’s a koan [a deep question] for me. I’m not sure it is possible, but I think it’s more like a North Star [something to aim for]. How can I hold both of those things – always fight for justice, always resist injustice and at the same time not take sides, not create enemies?

I see Thich Nhat Hanh was trying to do that during the Vietnam War and that got him exiled from his own country, so it’s not easy. I feel it a lot, for example, if I’m not careful in certain circles, if I say something that isn’t virulent enough, or enemy-building enough, then I’ll get a cold shoulder because people want to have enemies. I totally get it. I feel it, too, I want to have enemies a lot of the time but for me the practice is: how do I stand up against injustice without creating enemies?

One thing I find really helpful is the ‘Block, Build, Be’ paradigm that the Buddhist Peace Fellowship came up with. It means blocking harmful actions; building healing, beloved community and projects; and being – showing up and being a compassionate, caring force in the world. And so I want to try to do all three of those things.

So blocking might be for myself, not doing something harmful to myself. Or it might mean I’m out there protecting and being in a protest or movement or an action of some kind where I’m blocking harmful action. Building could be like building Sangha [mindfulness group] or building a community, or for some people it might be building a project like a community garden. Then being is the practice that I need to go through every day in order to try to show up as a nicer person, because I have habit energies that are strong to keep [me] being distracted and judgey. There are so many habit energies in me. So if I want to show up in a positive way for the world, I have to practice. So Block, Build, Be; that’s the way I think about my life.

Can you tell me a bit about what your daily mindfulness practice looks like at the moment? Does the Plum Village app help?

I feel like the older I get, the more I really am leaning on my mindfulness practice; it’s more important to me every day.

The first thing that I do when I get up is just to do a little bit of journaling, a little bit of reading of something that’s spiritual that can start me off. Then I do a sitting practice of silent sitting for about 30 minutes. That leads right up until the chanting practice with a community online. I really need this chanting practice; I literally have missed two times only since March and one of those times was when I was in the hospital having surgery. We rotate between six or seven Plum Village chants, and in-between the chants there’s a period of time where we’re doing a kind of metta [loving kindness] practice together. In this metta practice we’re bringing people and beings into the space in order to share the suffering that’s there. Then we chant Namo Avalokiteshvara.

Even that little period of time is almost the most important part of my day. It’s getting in touch with suffering that’s here and asking for help with it, asking for help with my own suffering, with my beloveds’ suffering and with whatever suffering I don’t know about that’s out in the world. So that’s a key moment in my day. We only chant for 15 minutes and then when that’s finished, when I’m done with that practice, I go and I take care of my body, do some walking and different exercise. But that moment is really important.

Since I had cancer in May and had surgery, I’ve been taking a break every day. This is how I got into the Plum Village app. I have been using the app in the afternoons for taking a break and having a rest. I’ll just be honest, over the last week or two, I haven’t been good about it, but I was really religious because I had been sick and because I knew I must take care of my body. So I’ve slipped and I need to go back but I was really enjoying it. I would just lie down on my bed and just listen to either a talk on the app or like one of the guided meditations usually is what I would do, one of the 15 to 30 minute guided ones. And I’m so appreciating the app for having the kind of guided meditations that I’m familiar with from Plum Village.

So that’s what I do each day and then have Sangha once a week in the evening.

You’ve done a lot of Sangha-building, in different forms; what do you enjoy about building mindfulness practice communities?

Well, the thing I really love about Sangha-building is for me when I see people who are in Sangha together making connections with each other, and then maybe supporting each other in their practice or in finding joy in life or in healing from suffering, I get a sense of joy in me that is just ridiculous. For example, when I would sometimes see people leaving the yoga studio together, like going off to have lunch, it just makes me so happy that I contributed to relationship-building and that kind of caring for each other, building caring communities.

And so for me, Sangha, it really has shifted: when I first started going to Sangha, I think in 1999, I remember showing up at [it] and being like, “Wow, these aren’t my people. My people don’t meditate.” I remember at the time thinking, “How can I get into this? It’s so separate from my life.” But over the years, more and more [of] the people that I practice mindfulness with have become my friends and my friends have started practicing mindfulness. So now the vast majority of people that I spend time with also practice some kind of meditation. I have a lot of habit energies, we all do. So having other people around who are practicing mindfulness and say things like “let’s stop and listen to a bell or take a breath” helps a lot. It allows me to then come back to myself and be a little bit maybe a better person than I might have been if I didn’t have that support of Sangha.

Right now mindfulness groups are having to meet online; how are you finding that?

What I love about online Sangha is that we have people who we’ve never seen before show up. We have someone coming from Taiwan every week on Monday nights. The online Sangha feels very spacious. We’re trying to find ways now to personalise it, so at the end of Sangha, we have time where for 15 minutes we just leave it open and whoever wants to unmutes and chats casually because I think that’s important, too, not just having the structured time, but also having casual chatting.

One thing I’ve had to do is remind myself, on the evenings when I’m not leading, that this is for me to take care of myself: I don’t have to try to make sure everyone gets in and try to do all that. I let the people who are doing that do that and then I can just settle in.

I found sitting on my cushion now to really be helpful rather than in a chair with a computer. That helps with habits I have online, where it’s really easy to get all up in my head, thinking and seeing, compared to when I’m sitting on the cushion and just closing my eyes and breathing.

Annie (she, they) is an Order of Interbeing member in the Plum Village tradition (her Dharma name is True Blue Lake), and a founder of Opening Heart Mindfulness Community, Circle Yoga Cooperative, and DC Yoga Week. She has been a student of mindfulness since the early 1990s.

You can read more about the five Plum Village practices that carried Annie through her cancer treatment here. Her book on a peaceful relationship with food, Things I Did When I Was Hangry, is available here, from Parallax Press. You can also check out her wonderful Making Visible project.

If you want to follow in Annie’s footsteps and incorporate the Plum Village App into your day, you can find out more here. You can also support us to offer the app freely to the world. 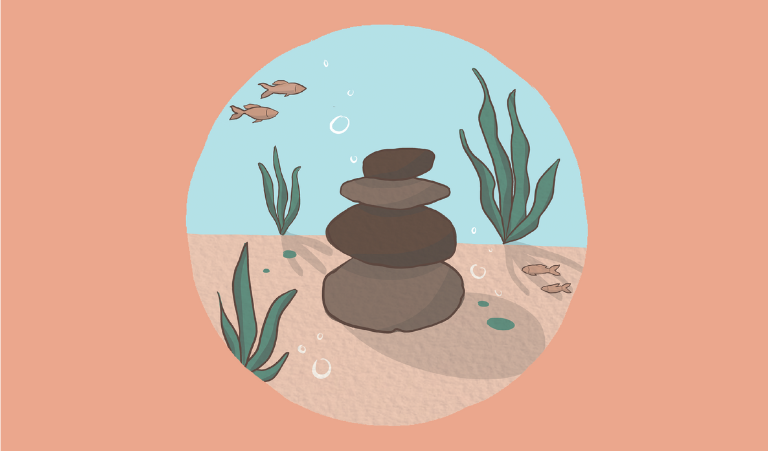 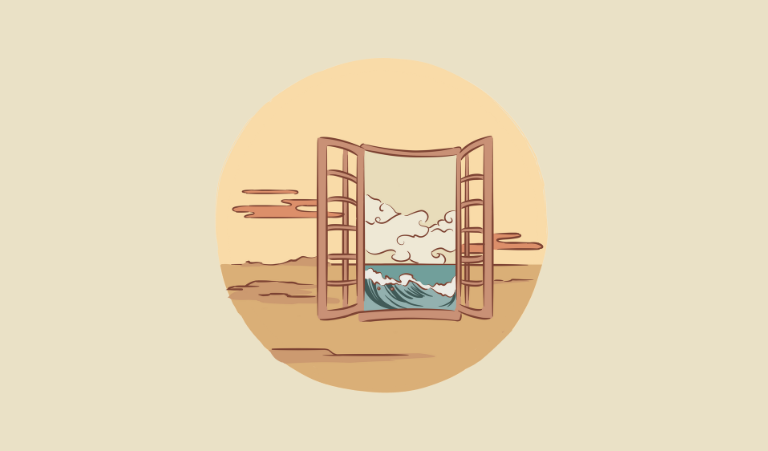