This transcript is an excerpt from a Dharma talk on turning despair into compassion and peace. It relates to advice Zen Master Thich Nhat Hanh gave after the 9/11 attacks.

I was in America when September 11 took place. That day, I was going from Deer Park Monastery to Northern California to organize retreats and public talks. And loading the bus, we heard about the event. I was supposed to give a talk in Brooklyn four days later, and we could experience the collective energy of fear and anger in America.

We know that the collective energy of compassion can be very healing, but the collective energy of fear and anger can be very dangerous. It can start a war at any time. So my purpose in giving the talk was to ask Americans to practice mindful breathing in order to calm down their feelings and emotions. That’s the most important thing to do. That is why, in a talk in Berkeley, 4,000 people attended. We wore our sanghati – the orange-colored robe – and we practiced meditation on compassion and tried to calm down; we helped people calm down. You could see the suffering on the face of the people that day.

The talk in the Riverside Church had the same purpose; we advised our friends in America not to do anything yet, not to say anything yet. The first thing to do is to calm down and then begin to look into the situation and ask the question, ‘Why have they done such a thing to us? Have we done anything that makes them so angry at us? That makes them so desperate that they commit such an act?’

That is what I proposed to America at that time. And this is a process of restoring communication.

In the spring of this year, I went to Korea and we gave retreats and public talks. And there was one public talk in the South attended by many people, maybe 20,000 people. And they announced that they were going to organize a huge ceremony of prayer, of peace between the South and the North. The North now has nuclear weapons, and they sound belligerent. And the South is fearful and they are afraid that a war will break out very soon. So, in that talk, I said, ‘Dear friends, the danger is not the nuclear weapon. The danger is the fear. If you look deeply into the North, you see a huge amount of fear.’ When the president of the South visited America, the North were very scared of a scheme to attack them. And they were doing their best to show that they are not afraid, they are ready to fight and to kill.

So the belligerent attitude outside shows that there is a big fear inside. And if you see that fear, you are not angry at them anymore, and you know that the best thing is to try to help remove the people in the North’s fear. But, in order to do that, you have to remove the fear in you first, because you are also afraid. And that is why a prayer for peace is not enough. Coming together and praying is not enough. You have to create, you have to organize retreats for politicians, school teachers, business leaders, and help them to look deeply, to calm themselves down, to remove the fear by understanding. And when you are free from fear, you can help the North to do the same.

So it’s not by political maneuvering that you can solve the problem. It is that kind of practice that can remove fear and anger in us. It can make us more peaceful and compassionate. And when you are more peaceful and compassionate, you can help the people on the other side to do the same, to be a real peacemaker. And that is a process we have learned from the Buddhist tradition. And North and South Korea, they have had Buddhism as their spiritual tradition. We believe that they can make good use of their tradition in order to practice, in order to get out of this difficult situation. And I think the same thing should be true here, in the Middle East, in Europe, in America, and so on.

Listen to the the talk here: 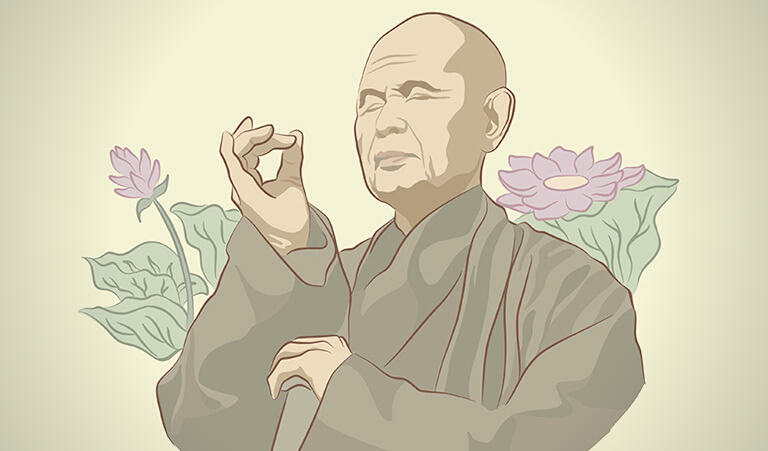 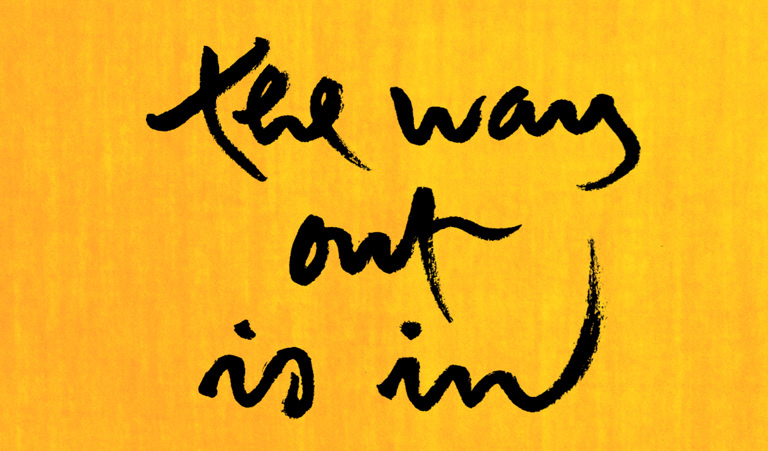